36 degrees! I’d landed in Southern India, welcomed at the airport by stifling hot and humid air and feeling quite overwhelmed by the challenge ahead of me.

Never mind, I was on a mission, simply because my ‘inner voice’ had told me to make a documentary about the Holy Man Sathya Sai Baba, whom many people called an Avatar, a living God on Earth and a Man of Miracles. I was intrigued!

I picked up my luggage and camera gear and took a long, bumpy taxi ride across a beautiful landscape from Bangalore to a rural village called Puttaparthi, where the Holy Man’s Ashram was. My heart was pounding with excitement, although there was a slight problem, I had no approval to make a film. It was not possible to do that from abroad, as the seeker of such favours had to get this permission directly from Sai Baba.

In my mind, the intention to do so was the most important ingredient for success, and this was my trump card. I’d read that Sai Baba only allows people to come to him when he calls them. Obviously, not by phone or other worldly means, but by giving them an inner longing to see him. 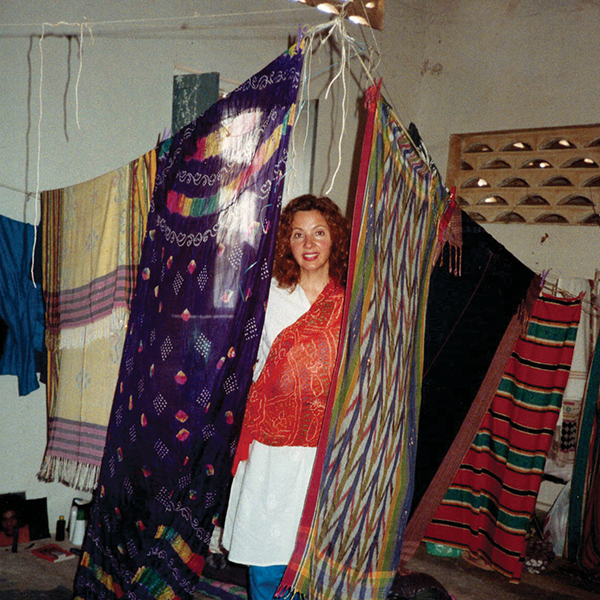 Arriving at the Ashram, which to me looked like a magnificent birthday cake in soft pink, blue and cream colours, I found out that the only accommodation that I could get, was a floor space in a large dormitory, sharing with about fifty other women from all over the world. This was a trial in itself, as I’ve never done anything like this before, and I was no spring chicken either.

In the hope of realising my mission, I went to the office of the very important Ashram administrator.“I come from the UK and would like to make a film about your Holy Man”. The man, in his mid-40s, smiled sweetly and gave me a kind of ‘yes’ and ‘no’ Indian head shake, saying, “I don’t think that is possible, you need permission”. “That is why I’m here. To ask for permission”.

“I don’t think that is possible. You’re a woman! Just enjoy your stay. There is nothing I can do.”

I tried to argue my point but was motioned out of the room. Deflated and upset, I returned to my space on the floor, feverishly thinking of a new way to achieve my objective. Suddenly, the voice of a good friend from the UK jolted me out of my thoughts. She offered me a floor space in her apartment, sharing with only four other women. This was perfect, not just for myself, but also for the security of my camera gear. A sari hung up with pegs is hardly an impenetrable fortress. 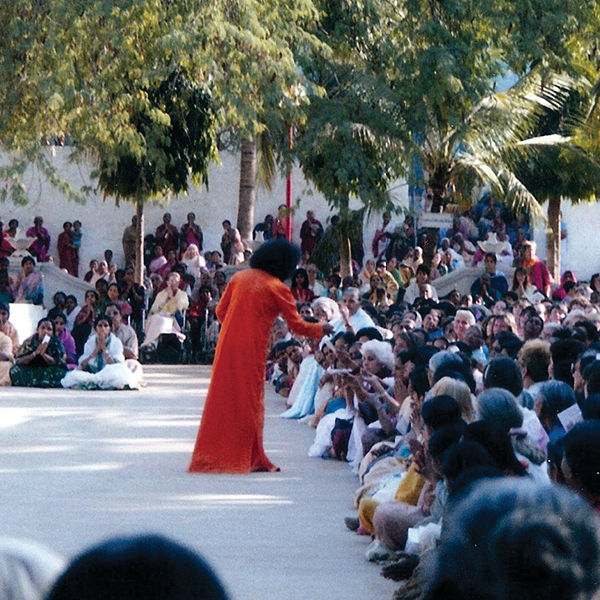 The Ashram was about to be flooded with devotees from 37 countries. Many of Sai Baba’s closest ‘right-hand-men’ had also arrived to take part in a special celebration.

On my way to Darshan (which means ‘seeing the Holy Man’), one VIP from America crossed my path. I’d like to call it divine interference. I wasted no time in approaching him and telling him about my film. He was delighted about my idea but said that he and a number of other VIP’s would have to decide my fate.

“Let’s meet at my flat at 11am.” Halleluja, a breakthrough! But perhaps Sai Baba would soon talk to me directly, I hoped. It came as a shock when I realised that I was one amongst thousands of people who had come to see him and wanted his attention. Frustrated and humbled, I sat down for Darshan in a designated spot on the ground, just to watch Sai Baba floating by in the distance.

The meeting couldn’t come quickly enough. Armed with optimism and a big smile, I faced a group of five men who quizzed me about my film plans. Finally, the most important person in the group, an elderly Indian man from Bombay, made a decision.

“I know you’ve come a long way but let someone else make this film. You’re a woman! We can’t give you permission”.

“I know that I’m a woman, but I thought that I could ask Sai Baba myself,” I said with despair.

Trying to reply with composure, but actually bursting out with emotion, I said “Do I have to come back as a man in my next life to make this film?”

Laughter! I tried to smile and stay friendly, but my heart was pounding. I wanted to say a few words about my credentials to make a beautiful film but was not given the chance. Back at the apartment, my initial reaction to this crisis was to cry my eyes out and temporarily fall apart. But after a while, a feeling of annoyance about my own behaviour emerged. I needed to bounce back and fight for what I believed in. I had travelled five thousand miles to achieve my goal and giving up now was not an option.

After about two hours of introspection, prayer and meditation, my personal miracle manifested. Knock, knock!  I opened the door and to my surprise, a young Indian university student stood outside. “Are you Louise?” A puzzled “Yes” left my lips.  He informed me in a very matter of fact manner that the Holy Man was expecting me to film the celebration that afternoon, and “Please be on time, Madam”. “Thank you, thank you”, I exclaimed and nearly hugged him. 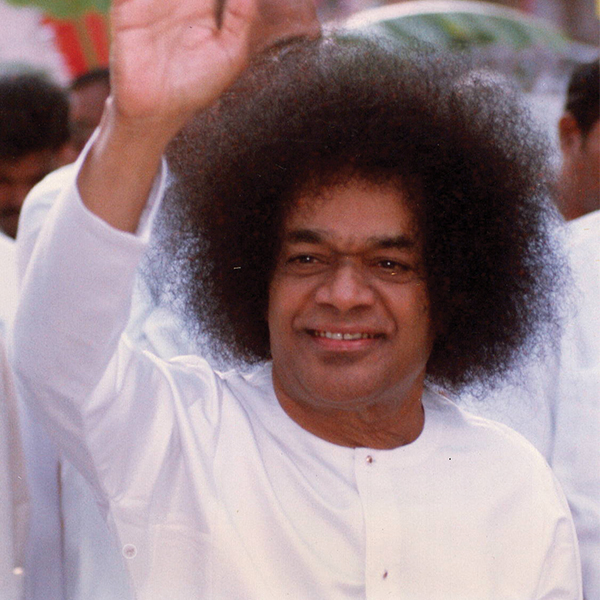 My happiness knew no bounds, and this time I cried tears of joy. Somehow, I felt reassured that the Holy Man knew about me, but most importantly, he did not mind me being a woman, as he had cut through the previous decisions. I could have easily been discouraged, and in the past, I might have been. This makes me wonder if the heavens were setting up this challenge to make me stronger. Everything is possible!

Proudly, I went off in the mid-day heat, camera on my shoulder, to film the celebration in a huge hall, filled with hundreds of students from Sai Baba’s educational institutions. I was allocated a place on a wide red carpet, opposite a large number of male cameramen, noticing that I was the only female camera person and that I was causing a bit of a stir.

Music started to play and I quickly switched on my camera, focusing on the approaching Holy Man. To my surprise, he walked straight towards me, past all the other cameras.

“Where do you come from and what do you want?” he asked sweetly.

From this moment on, nobody dared to stop this woman from making her film. My resilience had paid off! 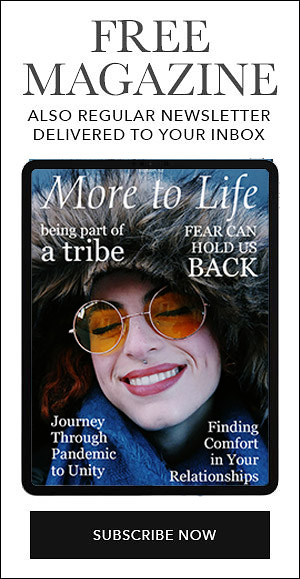 0
I started 2020 knowing I would be isolated and restricted until June due to two operations (January and March) to reconstruct my leg. Recovery...
Read more
Joy Wisdom

0
We all have to make decisions in life, to do this, that or the other. But how do we know that we are making the right choice? What tools do we have to help us make those important life decisions?
Read more

0
How are we coping in this time of the corona virus pandemic? It hasn’t been easy for any of us, as the ‘lockdown’ has...
Read more
Edition 50

Aura-Soma® The Self-Care System that Works Around You

0
Life is busy and finding time to relax and unwind is usually one of the last things on our list of priorities. However, finding ways to...
Read more
Cheryl McGregor

0
Discernment. It’s a word or term you may see used a lot in the spiritual field these days. It’s become a bit of a...
Read more
Edition 50

0
There are only two certainties in life, one is taxes and the other is death. Benjamin Franklyn Yet, there is a third lurking beneath the surface....
Read more