There are so many energy healing modalities nowadays, some traditional and others newly devised, it can be hard to know which ones are worthwhile.

The situation is only complicated further by healers “channelling” new versions of traditional forms and claiming special personal powers. Many of these practices involve attunement to special graphic symbols or images. But where do these really come from, what do they mean and are they actually necessary anyway? After all, despite traditional secrecy, all sorts of variations of them are easily found on the internet.

Let’s first dispel any aura of ancient mystery. Whenever information is passed around a group of people and through the generations, the original version becomes modified. Think Chinese Whispers. Small changes will appear in the images and, as language evolves, there will be different interpretations of their meanings. Two of the Usui Reiki symbols, for example, are in modern Japanese script anyway and healers in that country don’t even bother naming them, simply referring to them by number.

Newly channelled symbols are no more ‘trustworthy’ because, whatever their source, they have been filtered through the healer’s mind with all its preconceptions and expectations. So perhaps it doesn’t matter what symbols, ancient or modern, are used and we can call them whatever we like?

Now, countless graphic images have been used throughout history to represent religious, philosophical or political beliefs: the cross, the ankh, the Star of David, the vesica piscis, the pentagram, the swastika… Our modern culture has a plethora of symbols to represent ideas, usually called icons or logos.

But energy symbols have a very different purpose. For one thing, they represent connection to an esoteric mystery that can barely be put into words, only felt as personal experience. So the origins and names of such symbols, and precisely how they should be drawn, are far less important than whether the teachings of a particular practice resonate with our beliefs – and whether the symbols actually work in practice.

Moreover, the Reiki and similar symbols, designed for spiritual growth as well as for healing, are not meant to represent anything at all. Rather, they are ‘keys’ to gateways in our unconscious energy systems: when we focus on them with intention, they open up (or ‘unlock’) pathways for the flow of life force. Healing symbols should have a special and very practical purpose.

Keys are meant to fit locks, so surely this means that the images must be drawn or visualised accurately… which of the many variations available now are ‘correct’? Well, perhaps this isn’t so important either. Although we all share similarities of physiology and psychological drivers, each person is an individual with their own distinct energy system, so the locks that the symbols are meant to open will have slightly different levers for each healer. Indeed, many practitioners say that, as their experience develops, small variations do appear in the images, even taking on colour and movement.

Now, this cannot be taken as an excuse for totally free expression. The problem for today’s spiritual student is that many so-called teachers believe that anything goes and they have the right to invent their own symbols, claiming to channel them from ancient masters, from archangels, dolphins or dragons… Perhaps we need to ask ourselves why the highest of all spiritual beings would choose such an individual to receive deep esoteric truths, and whether any entirely new method is necessary. After all, we have no way of testing complementary therapies and there is no universally accepted body to certify them.

Mikao Usui, the founder of modern Reiki, was well aware of all these arguments. He taught that his system was the simplest and most essential form; his symbols, if you like, are ‘master keys’. There are only four of them because he just didn’t believe that any more were necessary. And let’s not forget that the laying on of hands has been practised in many cultures since antiquity, without using any esoteric symbols at all. With today’s bewildering array of healing modalities and their associated teachings, those who wish to develop as healers – and those who need healing for themselves – often feel that they are faced with blind choices.

Whenever we set out to learn anything new, be it a foreign language or driving a car, surely a good approach is to learn the basic and most important rules and methods first, then practise them exactly as taught until they become second nature and we get a feeling for their spirit. We can get creative later. Reverence for tradition cannot be a bad thing, nor is respect for methods that actually work.

The argument therefore comes full circle. With energy healing, we need to focus our intentions sharply and powerfully, so if the modality involves symbols it must be important after all to visualise them as taught. For this, we also need to be able to trace a teacher’s lineage in a genuine tradition (who taught the teacher and who taught the teacher’s teacher…?) so that we’re not literally in the hands of a self-styled guru who’s made it all up.

For whatever reason – a fragmented society, the loss of deference for authority – we live in an age of individualism when anyone can claim spiritual gifts and every approach has to be new and different. Yet there’s still a lot to be said for simplicity.

Two versions of a Reiki symbol: spot the differences! 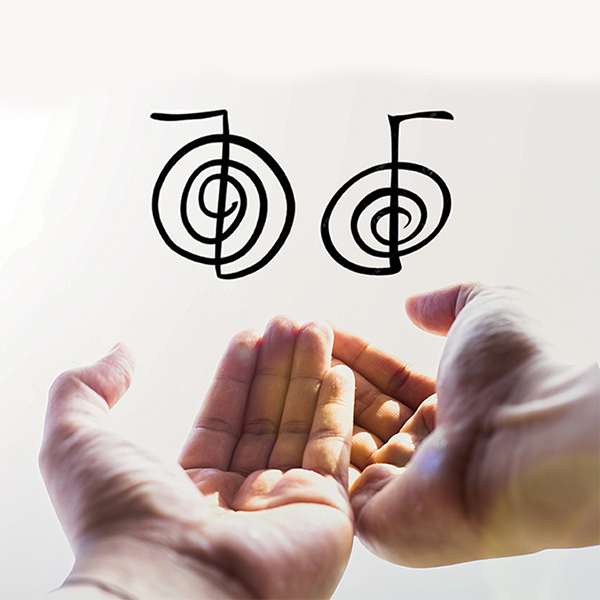 Comfort, Passions and Living with No Regret

0
So, our lovely Editor, Jayne, offered me an idea for this article. What does comfort mean for you, what gives us comfort? She knows my process, I go away have a think, then… Well as has happened many times...
Read more
Edition 40

Learning to Dance in our Own Shoes

0
How many of us manage to achieve and dance in our own shoes? What does it truly mean? Pondering the question, I realised it meant...
Read more
Edition 51

0
How are we coping in this time of the corona virus pandemic? It hasn’t been easy for any of us, as the ‘lockdown’ has...
Read more
Children & Animals

0
Would you like to meet your animal guide?
Read more

0
There are times in everyone’s life when new paths open up. Some may be chosen, some unexpected, each one presents us with opportunities to...
Read more
Edition 52

Fear Can Hold Us Back

0
I awoke this morning in pain. I had done too much again.During my younger years I was mostly unaware of pain, and even though...
Read more
Edition 50

Aura-Soma® The Self-Care System that Works Around You

0
Life is busy and finding time to relax and unwind is usually one of the last things on our list of priorities. However, finding ways to...
Read more
Cheryl McGregor

0
Discernment. It’s a word or term you may see used a lot in the spiritual field these days. It’s become a bit of a...
Read more