Ask any expectant parent what question is most asked of them by others and they will likely tell you, “Do you want a girl or a boy?”. Many give in to their curiosities and find out what the sex of their unborn baby is via a diagnostic technology such as sonography.

Most women claimed they “just knew”, sometimes from the very moment they discovered they had conceived. But what is it exactly that they sense? Most women describe simply an awareness of either a girl quality or boy quality whenever focusing on their unborn child. Some of those who could not predict the sex explained that they were unable to distinguish a particular quality altogether, at times they sensed a boy other times a girl. In truth, what they were sensing was both the masculine and feminine energies in their unborn child.

From the start of my pregnancy, I sensed masculine energy from my first-born who was born male. Throughout the pregnancy of my last-born I predominantly perceived feminine energy and she was indeed born female. However, not I, nor anyone else for that matter, was able to accurately predict the sex of my middle child. I sensed both feminine and masculine energies, but slightly more feminine. Everyone else, friends, family and even strangers who would approach my swollen abdomen would pronounce “that’s a girl”. But to everyone’s surprise I gave birth to a male. A male who grew up hating sports, played a lot with girls, wore a towel on his head as though it were long hair, and called his video game travel bag his “purse”. He is definitely a soul with more feminine energy than masculine; he is soft spoken, kind, and sensitive. Growing up in the late 1990s to early 2000s he was teased in school and lacked confidence when trying to make new friends.

When we think of the sex of an infant, we usually envision pink outfits for girls and blue for boys. A whole set of gender specific expectations arise; like a little boy’s desire to play with trucks or action figures and a little girl’s tendency to care for her dolls. But the spirit is composed of both masculine and feminine energy. It has no true gender for it transcends the carnality of human sexuality. We each possess what is often referred to in ancient Chinese culture as yin and yang forces; the duality, coexistence, and unity of opposites that form a whole. Every soul is uniquely unisex and can have innate characteristics that society associates with certain genders. The masculine and feminine duality of the spirit represents paradox, transformation, unity in diversity, and of course, harmony. There are never complete separations between these two radiant forces within us. Moreover, like the yin-yang symbol itself these energies are fluid with components of each opposite residing in the other. To deny this fact is simply self-contradictory. To oppress the authentic expression of spirit is as injurious to the oppressed as it is to the progression of our collective consciousness.

Between eighteen and thirty-six months of age, a child starts to learn from societal cues, on a physological and energetic level, what it means to be a girl or a boy. Upon adolescence she may have a subtle shift in her energy due to the massive influence of sex hormones. However, what if that shift does not occur? What if a soul’s innate characteristics are those typically aligned with the opposite sex? Some cultures have come a long way in terms of their views and attitudes toward gender identity diversity, but my opinion is, we still have a very long way to go globally.

In his book, “Where Reincarnation and Biology Intersect” world renowned psychiatrist Dr. Ian Stevenson witnessed the transcending nature of the masculine and feminine energies in the cases he investigated. In it he writes, “Such children almost invariably show traits of the sex of the claimed previous life. They cross-dress, play the games of the opposite sex, and may otherwise show attitudes characteristic of that sex.” In today’s verbiage Dr. Stevenson’s usage of the word “sex” in his second sentence would likely be substituted with “gender”. Nonetheless, his observations are clear to the reader.

Today my son is a 27 year-old man. He recently confessed to me just how insecure he was during his youth in simply expressing his true nature. This insecurity and lack of confidence is something he still grapples with to this day. Knowing our children as spirit with both masculine and feminine energies eliminates the power we give to that question “Boy or Girl?”; and in doing so there will be one less barrier to nurturing a child’s authentic expression of self. Yes, we still have a long way to go in terms of seeing each other with more of a soul’s perspective. But starting with awareness is half the battle. 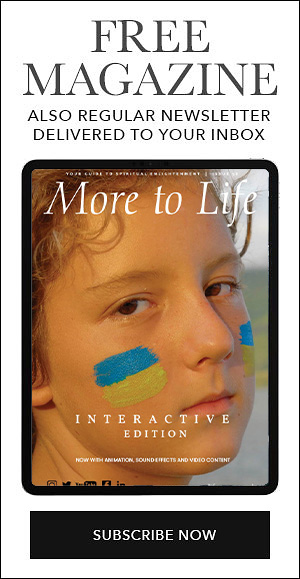