Certainly more than one Atlantis existed. The heightened state living from unity and oneness, consciousness and six-sense ability beyond our dreams today – mystics, seers and oracles with common abilities and no knowledge of fear.

The Victorian age brought a curiosity of spiritual awakening, Rudolf Steiner, Edgar Cayce, etc., were fascinated by Atlantis. Cayce received information through psychic visions, memories and connections via higher consciousness leaving a legacy of profound knowledge for us to draw from.

Toltec’s of Atlantis – The Toltec’s were a race who lived over a million years ago. Merchant banker William Scott-Elliot believed that Toltec’s ruled Atlantis for thousands of years. Over eight feet tall, a coppery reddish brown complexion with straight and well defined features, similar to ancient Greeks, the Toltec’s held magical powers and attained great wonders during their time. Their language is likened to the ‘Nahuatl’ of pre Colombian Mexico. Believed by some groups, to be the ‘Toltec’s of Mexico’.

Their capital – City of Waters or City of Golden Gates, was built upon three concentric rings around a hill; each ring at a lower level than the one before.   Buildings were built in ancient Egyptian style with square pillars and columns. The people are believed to have decorated their homes with murals, frescos and carvings, giving a kaleidoscopic effect. It is thought that statues decorated their gardens and the city. (A group of statues remain, in the city of Tula, Mexico: ‘Atlantes’ erected by the people is reccognised as the work of theToltec’s). Advanced technologies existed in Atlantis, airships being the main transport of the Toltec, a boat like vessel made from wood or metal, apparently seamless to look at and luminous at night.

Vril (an energy) powered airships and buildings etc., a magical psychic energy that everyone could generate to a greater or lesser degree. Toltec’s practiced sorcery; Vril powers were used for dark and evil, eventually triggering destruction on Atlantis. Crystals were used extensively within Atlantis and sorcery declined the purity and greater use.

Rudolph Steiner claimed he discovered the Akashic records (a great storage of knowledge and record keeping of the masses) through his visions. His visions showed Lemurian and Atlanteans held no skeletal structure as a human body, being soft and pliable (more energetic than human). The races held immense energetic powers of thought and memory and used their energetic powers or astral energies to drive flying vehicles, from a blend of thought and energy. Steiner believed that Lemurians had no speech – instead they transmitted thought patterns and ideas affecting others and things – i.e.: using telepathy, psychokinesis etc., moving objects, using energetic enhancements and powering from the mind.

Edgar Cayce suggested Atlantis spanned 40,000 years – a vast time of human revolution and was broken up with several cataclysms and eventually destroyed in 10,000 BC.   Cayce’s visions showed the original Atlanteans being unisex, holding pure energy.   Their sizes differed from midgets to giants 10-12 feet in stature. Individuals displayed an extra eye in their head – (full activation of 3rd eye vision and psychic abilities developed).

Atlantean decline to humanity, consciousness, together with planetary explosion, ricocheted throughout the universe. The shock waves were disastrous to all. Automatically all human hearts closed, destined to stay in lock-down for further reincarnations. Impacts were huge, all felt at a Soul level and then with the decline of consciousness came negativity and fear – humanity started the long climb back to Nirvana.

From my quest of clinical health and teaching spiritual enlightenment I come across hearts still firmly closed from a core of events, including Atlantis. Ultimate shock firmly in place from declining times, fear of their spiritual inner power previously used for wrongdoing. The impacts and outcomes being lived now, with heart disorders, panic attacks and anxiety being some of the base lines of living, with weariness of the soul absolute.

Those who saw the writing on the wall of the decline and final extinction took much with them to far flung planes of the world. Egypt, Greece, China, Mexico and Peru etc., it was their knowledge and spiritual advancement that colonised change, leading to advancements beyond the tribal legacies.   Atlantean colonists founded Egypt, while Atlantis still existed. Unified nations rose in Egypt in 3500 BCE. Certainly great civilisations owed their existence to the refugee pioneering Atlanteans. My personal awakening and memories of Atlantis came with my channellings from Hilarion, in 2005 awakening me to my role/s. He imparted the scrolls, we had arranged, the Atlantean Template teachings, in 2007. We had worked together in Atlantis putting agendas in place to save humanity in the future. Certainly the fall of Atlantis was disastrous, from my own memories, decline through greed and power was prevalent; science experimentation was rife; there was a lack of regard for life, with horrendous outcomes.

The ultimate scientific goal pushing the barriers beyond sanity. One area of decline came from the scientific intervention of crops, declining the energetics of the population. This is an action replay experienced today, with experiments of genetically modified crops.

The Atlanteans are back. Atlanteans have returned, reincarnated in their droves to help with the upsurge of spiritual advancement for the Aquarian Age. They are the teachers and pioneers of change. Leaving a legacy to be retrieved, knowledge, wisdom with dormant crystal support to help with energetics, Gaia, and humanities evolution, destined for pivotal rise in consciousness. Strategies, agendas and plans in place. Time frames are not as expected, the return to higher consciousness was underestimated for sure.

Over the centuries Atlanteans have returned to enlighten and help evolution. Many Atlanteans are here now and heavily involved in pivotal changes such as 12.12.12 and 21.12.12. They are holding keys and codes for advancement, removing obstacles and glitches in our environment, planetary misalignment, left through the ages, reversing the impacts and wrongs from Atlantis. Invariably Atlanteans fill the group on my global outreach adventures. The future’s looking bright, we are embracing new tools of awakening, for humanities ascension.

The Aquarian age is bringing back the vast qualities and benefits of Atlantis, with unity and oneness being the norm. To achieve this we need to live and breathe from the heart. Be reunited with our Tri heart centre of abundance, bliss and LOVE. Love and peace are our children’s future.

Joy Wisdom May 2014 Joy Wisdom Founder of Allonus LiGHt Healing™ including ‘Atlantean Template’ connections, the reawakening Atlantean wisdom and knowledge, receiving dynamics of original self, woven into our future of ultimate living. 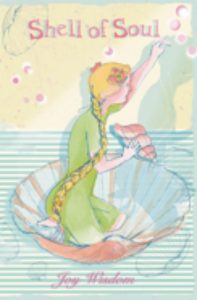 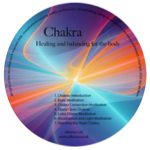 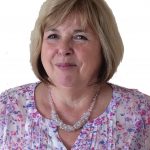 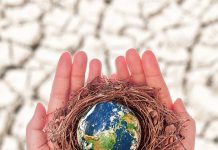 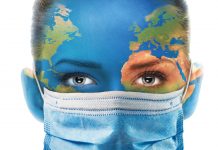 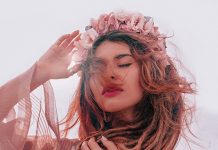