Could it be a nature spirit? At one time the existence of the elementals was freely accepted; now they are more widely regarded as mythical creatures that existed in the passages of time or in story books.

There is something magical, however, spending time in nature and connecting with these nature spirits and the gifts of insight they can bring.

Have you ever been out walking in nature and caught something moving in the corner of your eye? Could it be a nature spirit? At one time the existence of the elementals was freely accepted; now they are more widely regarded as mythical creatures that existed in the passages of time or in story books. There is something magical, however, spending time in nature and connecting with these nature spirits and the gifts of insight they can bring.

It is said that the elementals exist on a plane somewhere between the physical plane of our own and the ethereal. They are not easily seen and may appear as glimpses of light or movement just on the edge of your peripheral vision when out in nature. The elementals look after the elements of nature; earth, wind, fire and water. They are hence divided into four groups and they are the invisible, spiritual counterpart of visible nature called gnomes, undines, sylphs and salamanders.

These names were given by Paracelsus who taught that they were living entities, many resembling human form. He believed that they could not be easily perceived because of mans under developed senses.

According to Ted Andrews in his book “How to Meet and Work with Spirit Guides” (1992) nature spirits have a hierarchical scheme. Each elemental being is associated with an element and has an overseeing archangel. Each of the elements listed in the table below is also associated with a vowel. 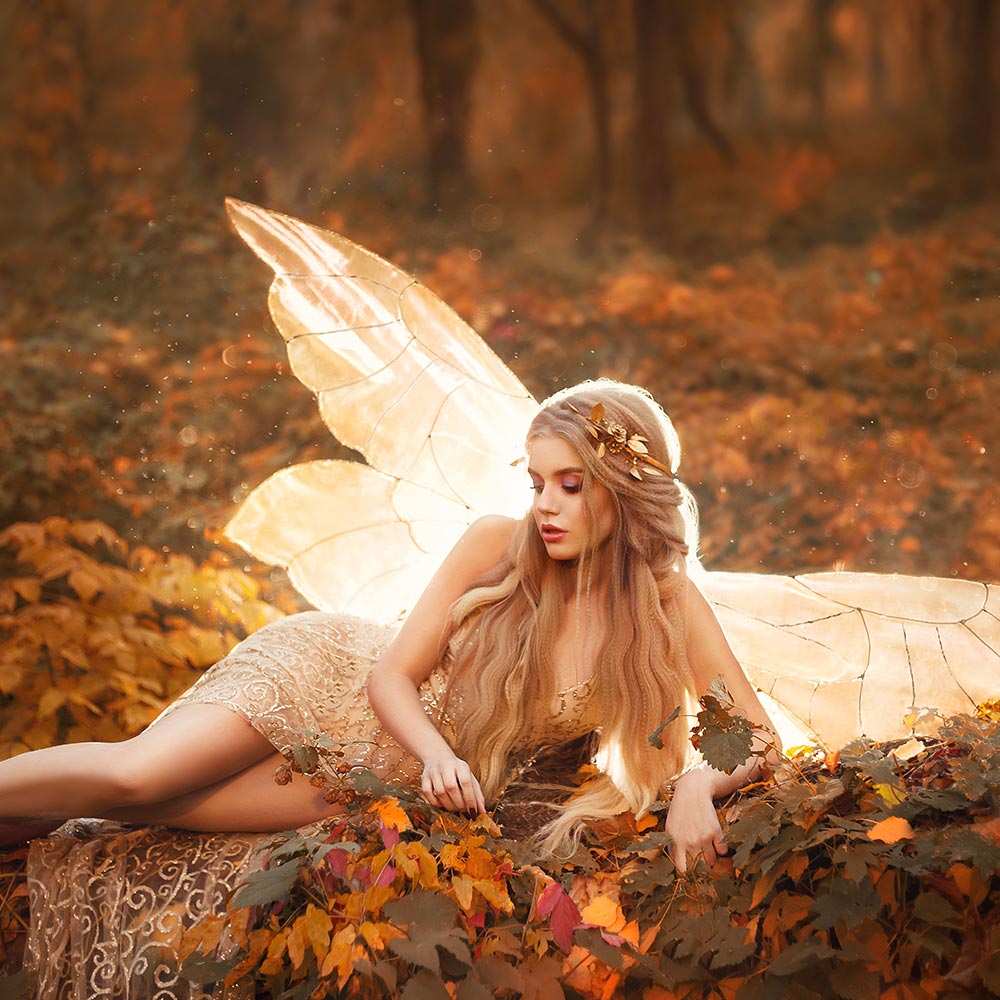 The elementals that reside in the earth are the Gnomes. It is said that there are as many types of gnomes as there are people. Their role is to look after the rocks, crystals and minerals, the flora and the fauna of Mother Nature. Some gnomes look after the trees and forests. It is believed that every shrub and tree has its own nature spirit.

Gnomes, like all elementals, should be treated with respect as it is thought that they can be difficult and tricky to manage.

The undines are the water elementals, and are restricted to their function within the element of water. They are often depicted as female, graceful and of beauty. They inhabit waterfalls, oceans, rivers, streams, marshes and literally anywhere where there is water.

Undines are believed to be human-like in appearance, of varying sizes according to the water they look after. The undines work with the liquids and vital essences of human beings, plants and animals. They are considered emotional beings and are often depicted riding dolphins and other fish.

These beings reside in the element of air, not in the atmosphere as we experience it but in the invisible, ethereal substance that is far more subtle.   They were believed to live in the clouds, but their true home is on the tops of mountains.   The ancients believed that they made snowflakes and clouds with the co-operation of the undines that provided the moisture.

The sylphs are said to influence the poets, artists and dreamers, inspiring them with the beauty of nature.   The sylphs work with the gasses of animals and humans and indirectly with the nervous system.

These beings reside in the spiritual ether, the invisible element of fire.   Fire cannot exist without them and mystics believed that they could be evoked by the ignition of fire.   The ancients believed that by the burning of incense the presence of the salamanders would be felt.

Sometimes salamanders would appear as small balls of light.   Some ancients believed that their appearance was that of lizard-like creatures.

Salamanders are considered the strongest and most powerful of the elementals.   The salamanders work with humans and animals through body heat, the blood and the liver. Without them there would be no warmth. 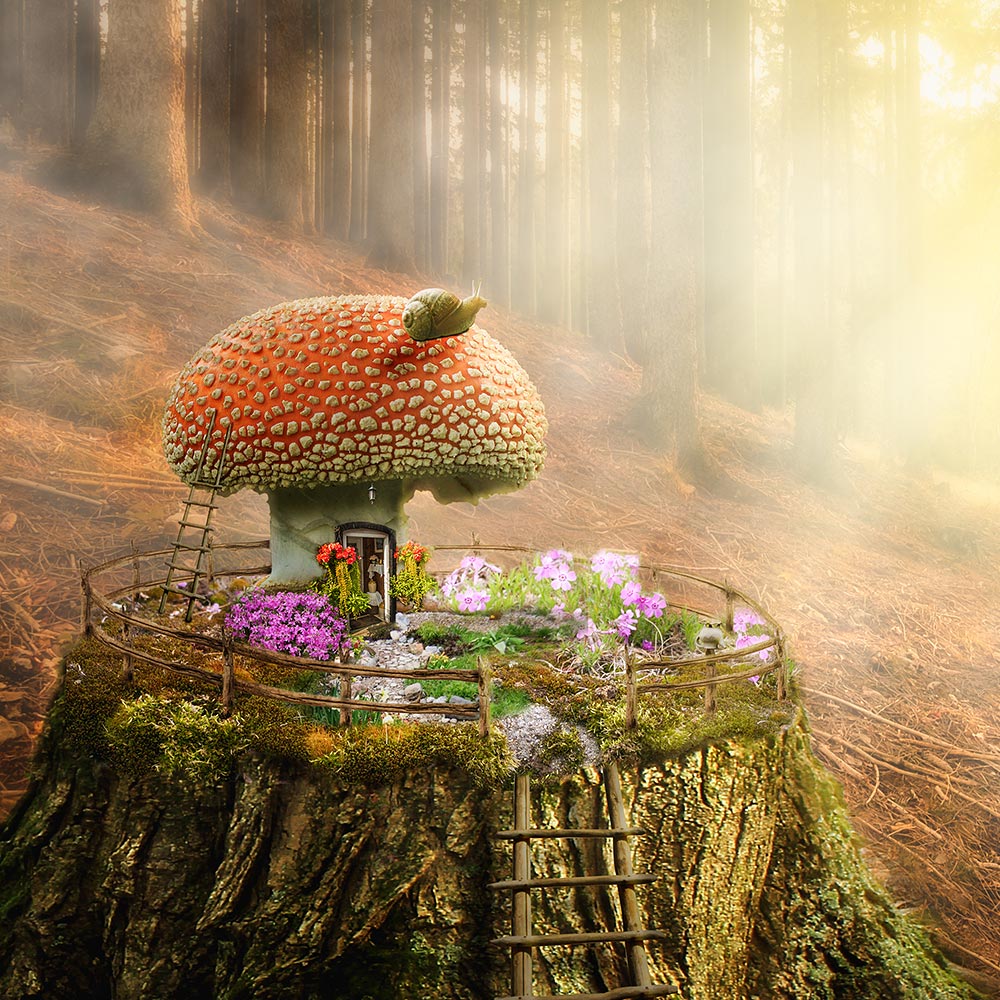 Try to connect with these spirits whilst out in nature. Early morning or evening are wonderful times at which to connect with nature spirits, just make sure that you are safe. Sit somewhere quiet amongst nature. Quieten your mind and close your eyes.   You may wish to hold a crystal or a special stone as you do this, which may attract the attention of the elementals.   Imagine roots emanating from your feet, grounding you to the earth as you allow yourself to connect to the nature spirits.   Notice any thoughts or feelings that come to you or changes in your energy field.   When you have finished, give thanks for your experience and consciously disconnect.

Nature spirits may gift you stones and crystals which might jump out at you whilst walking.   Shells are also wonderful gifts of nature as are feathers. Always give thanks for your gift and honour it.   Treat gifts of stones and crystals as you would any crystal by cleansing it and it can then be used for healing work and meditation. Learn to use them intuitively.

Do not speak badly of fairies or reveal their presence if you see one and it is meant to be secret.   They will reveal themselves to those who need to see them at the time and only when the time is right.   Honour the nature spirits by respecting the environment.   For me this includes recycling at home.

One can leave gifts of thanks to the nature spirits by leaving a little salt or tobacco for gifts that have been revealed to you.

Fairies and elementals can help in earthly endeavours, particularly with material wealth.

The elementals exist within the non-physical realm. They are not as high vibrational as angels but belong to a lower vibration outside the physical realm.   The vibration of this realm is more dense but not as dense as our physical bodies.

Paracelsus believed that the elementals could not be destroyed by the physical elements they looked after, for example fire, but that they had a lifespan of between three hundred and a thousand years, at which point they did not die as humans do but resolved back into the primary essence from that which they were associated with.

As with angels, each person’s interpretation of what they see and experience differs. Practice and patience are key elements to experiencing the wonders of the elemental kingdom.

Task: Honour your garden with ornaments of fairies and/or gnomes.

Make a fairy house at the bottom of your garden or at the base of a tree.   There are lots of ideas for fairy houses online. Make the house out of natural materials. You can make a house out of sticks, wood or anything you fancy and adorn it with feathers, rocks, stones or shells.   Make a little house for the little people in your garden or outdoor space. It can be as elaborate or as simple as you like.

0
There comes a time within the great process of Soul evolution within Humanity when one becomes ready for a giant step to raise one’s...
Read more
Edition 49

0
Listening is an art. It’s not simply about sound waves being picked up by your two ears; it’s far more than that. Learning to...
Read more
Astra Ferro

Our Spiritual DNA _ Knowing Our Ancestors

0
For many years I have worked with a group of ancestors in spirit to bring guidance and soul understanding to many souls in need.   It...
Read more
Edition 42

Keep Your Vibration Up

0
It can be difficult to keep our vibration up and remain connected to ‘the light’ in a world that moves at such a fast...
Read more

A Journey into Ayurveda

0
My introduction to the ancient Indian system of medicine called Ayurveda was in 1979. It was at Mentmore Towers in Buckinghamshire, which at that time...
Read more
Edition 39

0
For years Sue Doughty has understood the principles of Feng Shui and helped her partner Thomas Coxan achieve great things for his clients –...
Read more
Edition 39

0
Honeybees have been having a difficult time recently. The last few decades in particular have seen declines in numbers of honeybees, mainly in the...
Read more
Edition 44

0
Dendrotherapy is nothing new. Beneficial properties of trees for have been appreciated for centuries. It is a branch of folk medicine – a method...
Read more