However when the second parent dies we can be left feeling like an orphan. No matter how difficult our relationship with our parents, somewhere in our sub-conscious we know that they are there, and that in a way is security for us, for the little child inside us who still wants to be loved and accepted by their parents.  However when our parents are gone we have to face up to the fact that we no longer have them to turn to. Also, if we have had a bad relationship with our parents, while they were still alive, we still had some semblance of hope that the relationship could improve at some time. When they are gone we are then faced with the fact that this can never happen.

The little child inside of us feels abandoned and rejected.  Cheated of the chance of ever be able to make the relationship work and get the love and acceptance that we have always wanted. We need to allow ourselves time to grieve. The person who we have lost can have played a large part in our lives over a long period of time. We need time to mourn for them and also to adjust to how our life will be without them. This can all take time and the first year is usually the worst i.e. first birthday, first Easter, first holiday, first Christmas without them. Elizabeth Kubler Ross says about the different stages we go through when we are grieving. i.e. denial, bargaining, anger, depression and acceptance. Lots of people go through all of these stages but others only go through a few. We are all different and deal with grief in different ways.

We can go through these stages when we are faced with the news that someone we love has only a short time to live. First we go into denial and try and tell ourselves that it can’t be true, they must have made a mistake, that can’t happen to our loved one. Denial comes into bereavement in a strange way. Because on the one hand we know the person has died and there is no denying of that. Yet on the other hand some part of us goes into denial, such as we say we can’t believe that it has happened. We expect to see that person where we would normally see them. We can even find ourselves looking for them. We go out shopping and find ourselves buying food for them and it is not until we arrive home and while unpacking that it suddenly hits us what we have done. We hear some news or a funny story and we say “Oh I must remember to tell them that when they come home” and it can be some hours later when it suddenly hits us that they won’t be coming home. 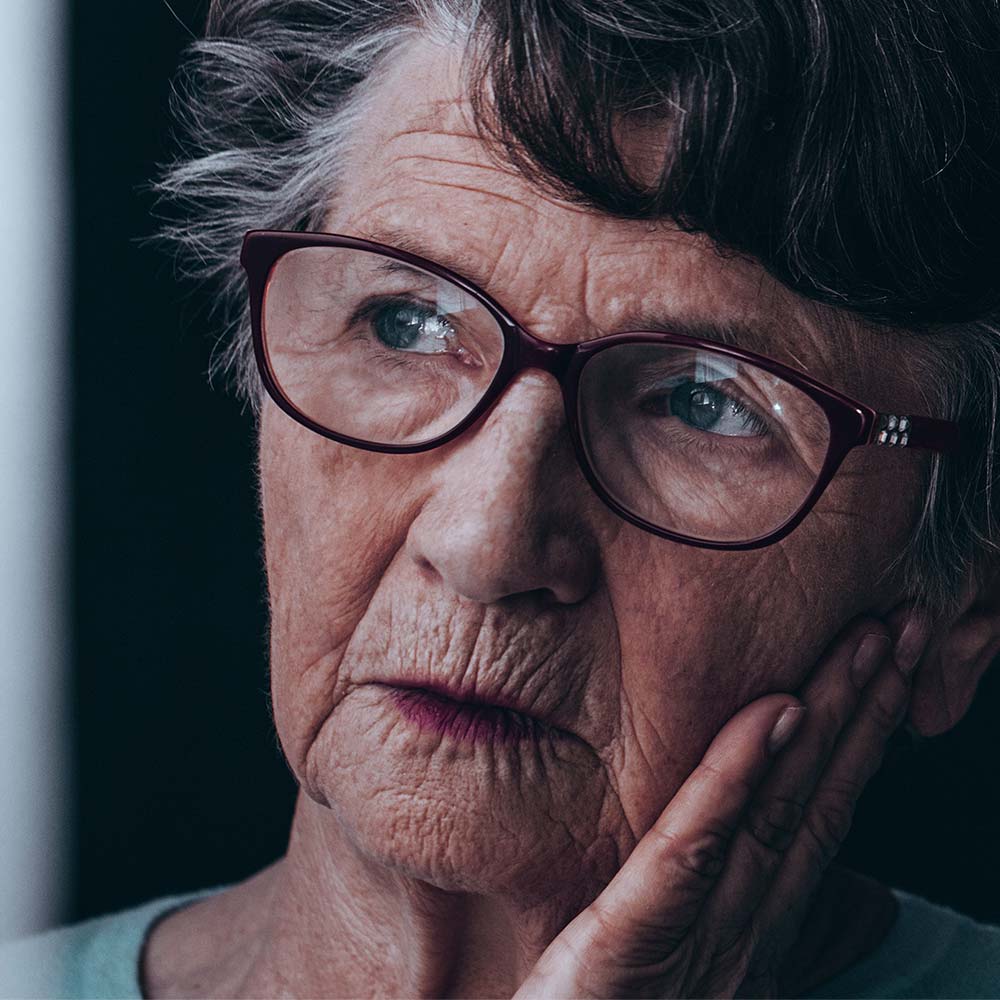 When my father died I didn’t want to accept the fact. When I was a child he was away for a lot of the time each year, so I was used to him not being around. On a sub-conscious level I told myself that he was just away and would be back again. On one level I knew he was dead , however another part of me needed to deny the fact to enable me to carry on with my life. 14 years later I had to go through the grieving process. I had just buried the feelings, although I had grieved a certain amount, I just got on with things and didn’t allow myself to grieve fully.

Some people are so distressed at the lost of a loved one that they can’t bring themselves to attend the funeral. I believe attending the funeral is a very important part of the grieving process.It is putting a closure to it by saying goodbye. I lost several close friends between the ages of 14 and 23 and I didn’t get the opportunity of attending their funerals. It was easier to carry on with life and stop myself from feeling the grief. When I was 40 and started working on myself then I found I needed to grieve for those friends and say goodbye. I did this by allowing myself to feel those buried feelings and I wrote a letter to each of them saying goodbye. Then I disposed of the letters in what I felt was an appropriate way. When we are told that someone we love only has a short time to live we can start to bargain with God or whoever we see as the Creator.

They are angry because this person has gone away and left them. However not everyone  will allow themselves to  express this anger as they feel it is not appropriate.  They think that they should not be angry as this person did not choose to die and so it is a terrible thing to have anger towards them. Then they can end up feeling guilty. Anger can be an important part of the grieving process as mentioned by Elizabeth Kubler Ross. Feeling guilty plays a large part in bereavement for a lot of people. We can feel guilt about a lot of things to do with how we acted towards the deceased. We can feel that we didn’t look after them enough. We remember all the ‘nasty’ things that we may have said to them. Why didn’t we spend more time with them? Why didn’t we go away on holiday with them when they asked us? Why didn’t we do more for them? Why didn’t we save them?

The feelings of guilt can be one of the hardest things to overcome in bereavement. The loss of a child I feel is the most difficult loss to come to terms with.. After all, what parent ever thinks that they will outlive their own child.. In such cases the parents can be very angry about the loss of their child.. Why has this happened? Why did God do this? Is there really a God? Lots of people at this stage will really believe that there can’t be a God because if there was He wouldn’t allow this to happen. Denied anger can cause depression. However depression is a normal part of the bereavement process. We get to the point where we feel that we don’t want to carry on life without this person. We can go down into that deep dark hole. It is an ordeal to get through each day. It is all too much for us and sometime we feel as if we would be better off if we were dead. It is very important to sit with the depression and work through it. It is a really important part of the healing process in bereavement. This stage is so important  as it eventually leads us onto acceptance.

Of course for some people they can’t seem to work through depression by themselves and they may need professional or medical help. We come to a point where we start to accept that our love one has gone and won’t be coming back. We start to come to terms with reality and slowly start to build a new life without them.This can take some people longer than others. We have to do it in our own time. We can pass through the grieving stage a lot quicker if we allow ourselves to feel the feelings. A lot of people don’t want to accept the fact that someone has gone from their life and will do anything to bury their feelings. This only prolongs the grieving process.

When my mother died, many  years after my father had died and  then when my brother died a few years after my mother  I was at a point in my life where I had worked on myself and I was able to allow myself to feel my emotions and the grieving process passed a lot quicker. I have found that when we are in a co-dependent relationship with the person who has passed away, it can be a much longer and harder time for the bereaved person to come to terms with the loss.  We had a relationship with this person and we depended on them to fulfil our needs. We emotionally depended on them and now they have left us. We don’t want to let go of them. It is as if we can’t survive without them, we feel anger at them for leaving us and we can’t accept that they have gone. How can life go on without this person. Where are we going to get our needs met now? We can go into a deep depression, into a deep dark hole and can stay there for a very long time. Sometimes people never come out of that hole as this was the only person that they depended on to meet their needs, the only person they trusted and felt at ease with. It feels to them as if their whole life has ended.

They can lose the will to live. They don’t want to let go of that person. However as Richard Wilkins says in one of his poems, “grieving is not about dying, it is about not letting go”. Some people want to talk about their loss and those around them don’t want to talk because they feel they don’t know what to say to the bereaved person and feel awkward in their company. People can avoid the bereaved person for this reason. They see them coming down the road and they quickly cross over the other side.  This can sometimes be a sign they have not dealt with loss in their own lives and they don’t want to stir it up, so they avoid anything that could do that. Another factor in how well we deal with bereavement can be our beliefs.

Do we believe in life after death or do we believe death is the end. It can certainly help when we do believe that death is not the end. It can be like a light at the end of the tunnel, the hope to hang on to, to help get us through the grief.  However some people think that if you believe in life after death that you will not, or should not feel any grief. They say “well you don’t believe that death is the end so why are you grieving”? No matter what our beliefs we still feel the loss of the physical presence of that person and still go through the grieving process.

Bereavement is a subject that to cover all aspects of it would take a whole book or two or three.  If you are having difficulty in dealing with all the different emotions of a bereavement I would suggest you get professional help. ©Daphne Whitehouse 2009 www.daphnewhitehouse.com

The Root Cause of Environmental Crises

0
Climate change is a grave threat faced by humankind. Changes in the environment – reportedly largely due to greenhouses gases released into the atmosphere...
Read more
Edition 40

0
When I was in the depths of anxiety and depression, something that was always at the back of my mind was how was my...
Read more
Fifth Dimension

The Lure of the Labyrinth

0
The journey of life is full of distractions; it is down to us to choose whether or not we let them take our attention away from our path.
Read more

0
Why is it we make the same mistake over and over again?
Read more
Life

0
Do you celebrate important stages of your life with a rite of passage?
Read more
Life